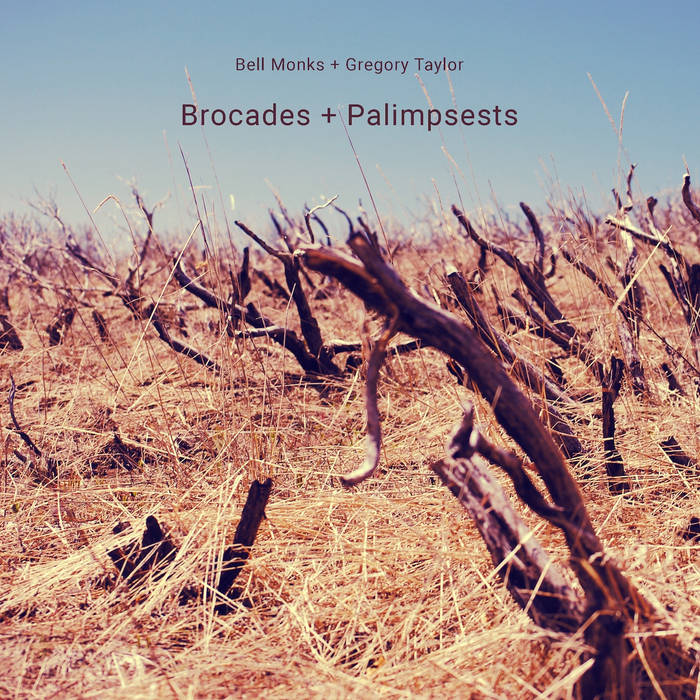 Bell Monks wrote a series of 14 short, quiet tunes for guitar and Rhodes in spring 2012 to perform at an art opening in Milwaukee. After recording the tracks later that year, they invited friends Ben Willis (contrabass) and Matt Sintchak (saxophone) to play on top of them. After adding a few more layers to flesh them out, they had a finished album, though it seemed incomplete. They invited Gregory Taylor to help out, and he did, brilliantly transforming each of the individual tunes using custom computer processing techniques on the various instrumental stems. From what had grown to more than 100 minutes of material, Lars Graugaard from clang helped to cull a selection for an album that reflects the spirit and tone of the original Bell Monks tracks, while slanting the sonic imprint more to Taylor's re-imagined versions.

“Combining the minimalism of Brian Eno’s ambient work with the gloomy songwriting of Low” – The Onion’s AV Club
Bell Monks was formed in 2005 by Jeff Herriott and Eric Sheffield as an outlet for a bunch of unused musical sketches that Jeff had lying around. Over the next 10 years, the band released a series of albums and EPs that reflect the band's wide-ranging musical experiences, in particular their work with ambient, post-rock, and electronic and computer music. Most notably, Bell Monks undertook an ambitious project in 2011, in which they released a 2-track EP with accompanying video every month.
Outside of his work with Bell Monks, Jeff Herriott is a composer whose music focuses on sounds that gently shift and bend at the edges of perception. His works, which often include interaction between live performers and electronic sounds, have been described as “colorful…darkly atmospheric” (New York Times) and “incredibly soft, beautiful, and delicate” (Computer Music Journal). In 2015, Jeff co-composed the score to the film Bone Tomahawk, starring Kurt Russell, with director S. Craig Zahler.
Eric Sheffield is a musician, maker, and collaborator focused on physical computing, interactive multimedia, and augmented non-traditional instruments. His Metal Mirror, a device combining the practices of found percussion, actuated instruments, and motion tracking, has been performed by percussionist Shane Jones at the Percussive Arts Society International Conference in 2014. His experience working with sensors, microprocessors, and embedded computing, gave a literal voice to the anthropomorphized house “Frank” in the installation Feral Pastures, which was exhibited in Taubman Gallery at the University of Michigan.