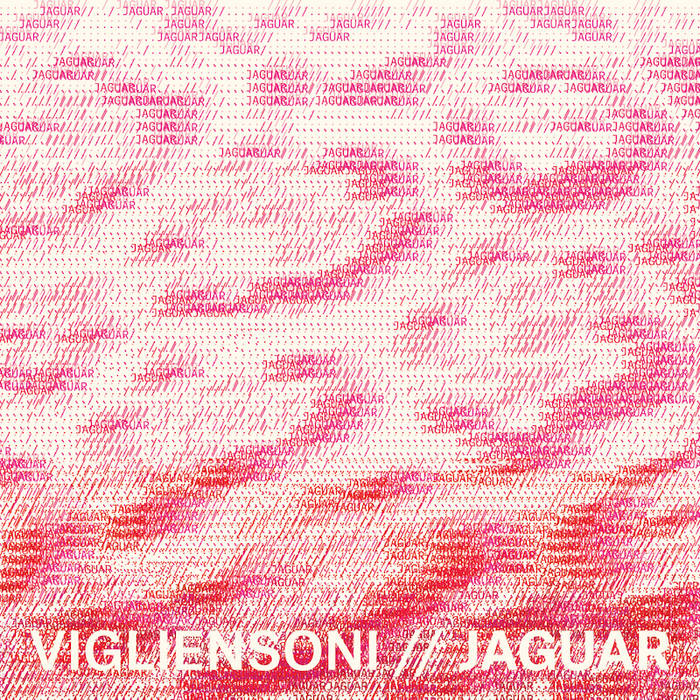 [CLANG029]
After the animalistic, migratory ventures of Le Règne Animal, the eponymous project of Montreal-based electronic music producer Gabriel Vigliensoni immerses us into the natural habitat of the mythical Panthera Onca.
The mini album presents itself as a concise mix of lush beat-driven tracks where strong swinging rhythmic dreamscapes are layered with shimmering synth sounds and Sprechgesang vocals. Influences from 70s German experimental artists are apparent throughout each track’s rolling soundscapes: circular melodic synth lines, rhythmically oriented vocal utterings, and echoes of lo-fi analog warmth envelop constantly evolving drumming sequences.
Vigliensoni’s exploratory approach to music production takes center stage in this release, giving it a life that transcends the meticulous polish typical of contemporary digital productions. More than the sum of influences or references to past traditions, Jaguar feels like a defiantly personal statement of what is important to Vigliensoni both as an artist and a producer: experimentation, intuition, and self-discovery.

Gabriel Vigliensoni is a Montreal-based musician and electronic music producer originally from Valparaiso, Chile. He has been involved in a variety of projects all through his lengthy musical career, with roles ranging from instrumentalist to producer and composer. His musical endeavours are informed by extensive studies in sound recording, new musical interfaces, and his current PhD research on musical recommendation algorithms.
Founding member and keyboard player of the notable Chilean rock band Lucybell for their three first albums, Vigliensoni then launched into an extensive portfolio of collaborations with a variety of artists and bands, constantly refining his distinct sound of edgy synth melodies, interlocked rhythms, and sonic experimentation.
Gabriel Vigliensoni’s solo career begins with the release Nata that experiments with techno and breakbeat and features rapper Kevin Sanders and Chilean pop diva Javiera Mena, while subsequent releases explore vocal-driven songs that eschew the standard pop format, relying instead on extended structures, slow beats, and live drum programming.
In his latest venture Jaguar, Vigliensoni intended to bring a feeling of liveness and immediacy to the digital production. His set of musical works escapes the perpetual cycle of correction and re-tooling that plagues the digital workflow and instead intuitively explores the many stages of current music production, hereby transforming the process of making a record into a playground for learning and experimentation.