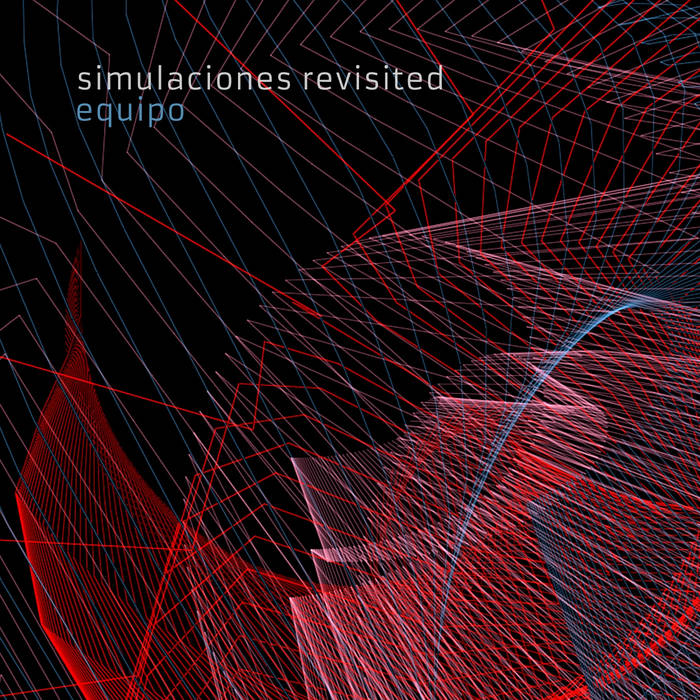 Juan Cristobal Saavedra aka Equipo's productions suggest the idea of a journey that takes us from the conceptual to the concrete where delimitations dissolve to the point where apparent opposites of style destabilise, join and mesh.
Always uncompromising, Equipo showed on his LP 'Simulaciones' how he is able to constantly pushes further and, in a natural gesture of great abandon, replace surgical precision with organic and spellbinding textures. Nine artists from different cities across three continents - Copenhagen, Santiago de Chile, Barcelona, Montevideo, Lille, Valparaiso, New York y Montreal - are now offering each his re-interpretation of a track from ‘Simulaciones'.
While some artists-producers on 'Simulaciones Revisited' build up great densities, others focus on the dance-floor. If the structure and sparse melodies with rhythmic foundations and harmonious make-up was the carrying feature on the original release, this has now been substituted for excursions close to disco and electronica (Monoblok and 99 Blows), sophisticated ambient phrasing (Microfeel) and scintillating, new wave atmospheres (Moraga).
But even if the album's sonic configuration is made up of several aesthetic approaches, the narrative essence of Equipo's original work is intact. What we have in front of us is a work that neither moulds to the governing rules of entertainment nor to the unruliness of avant-garde experiments. Instead, we are carefully guided through a reformulation of a sonic offering in constant development.

Juan Cristóbal Saavedra aka Equipo has his own particular perception of music: abstract and specific at the same time he creates a combination of house, techno, electronica, dub, minimal and IDM that display playful rhythmic patterns, subtle melodies and evocative harmonies. Saavedra has published on several labels including Pueblo Nuevo, Rodoid, Impar and clang, in parallel to a continued work in other areas such as cinema, theatre, contemporary dance, visual arts and mixed art with presentations all over the world.