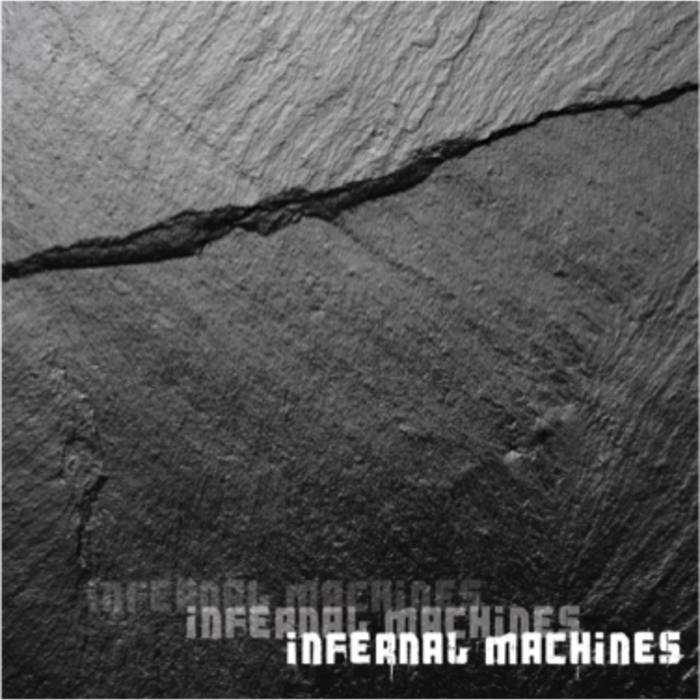 The endangered guitar is Hans Tammens’ guitar-add-computer hybrid, and a vehicle for unending sonic explorations. Together with Lars Graugaard’s sophisticated interactive computer sounds, patterns and grooves they become Infernal Machines, and a world of rhythms and sonic escapes opens up. Their debut Infernal Machines (digital, clang001) is music with tight electronic punches, dizzying chases and unreal, compelling atmospheres.

Importantly, the word “infernal” must be read into the many conceptual layers important to the album. This is not hellish music, but music of a place in space where sonic pleasures are strong, intense and dangerous, but also mesmerizing and at times irresistible. The digital, non-human sounds and melodic gestures are counter-balanced by construed, yet strangely natural, rhythm patterns where beats drift in and out of time, mutate and wash away, only to be reeled back in, dressed up for more adventures. This gives the album a warm and structured feel, like analogue patina on what is not really such a hard and impenetrable surface.

Typically, each track sets of with a basic material that is slowly explored in all its facets. This include gestures, textures and patterns, and often the track may move change character quite a lot as it goes. The balance struck between the continuous evolution and the actions at the spur of the moment is what makes this album stand out. The opener Messenger Boy lingers in its ambient atmosphere, before slowly drifting into a tribal beat where unreal ‘vocal’ sounds convey a seemingly crucial message in some unknown language. In this way each track simultaneously delineate and fulfills its intentions.

Release webpage on clang at www.clang.cl/infernal-machines/

Denmark’s Lars Graugaard is a prolific and chameleon-like pioneer who moves with ease between a variety of musical areas. His background lies in a mix of musical styles which allows him a unique and innovative take on electronic music.

Hans Tammen creates sounds that have been described as an alien world of bizarre textures and a journey through the land of unending sonic operations. He produces rapid-fire juxtapositions of radically contrastive and fascinating noises, with micropolyphonic timbres and textures, aggressive sonic eruptions, but also quiet pulses and barely audible sounds.